As we celebrate International Women’s Day on 8 March, let’s explore the remarkable achievements of some notable women around the world — from the first woman to reach Earth's highest point to the first woman to win a Nobel Prize. Discover inspiring life lessons in their stories of struggle, strength and spirit that will encourage you to live life to the fullest. May you also pass these lessons on to your (future) daughters! 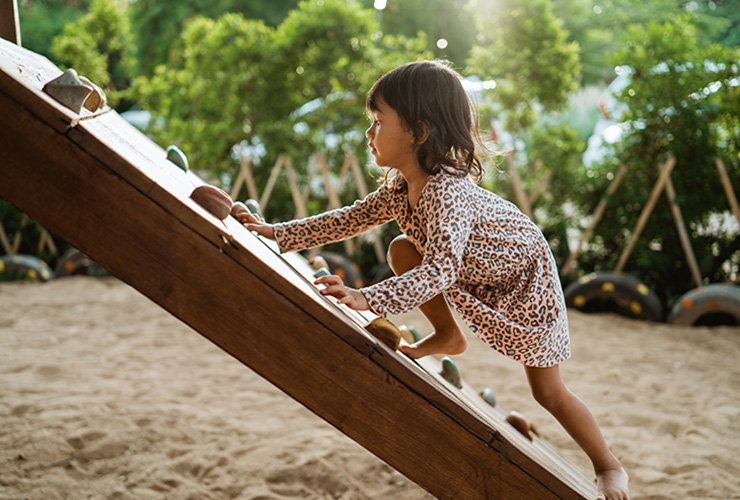 Climb your Everest, no matter what others say.

On May 16, 1975, Junko Tabei became the first woman atop the highest mountain on Earth.

“We were told we should be raising children instead”, Tabei explained. But this didn’t stop her from starting a Ladies Climbing Club and co-leading a self-funded 15-woman expedition to the Himalayas.

During her historic Everest expedition, Junko and her sherpa reached the South Summit of Everest after a 12-day climb from team camp. Despite danger spots and extreme mental and physical stress, she conquered the mountain and became the first woman on Earth to scale the 29,029-foot Mount Everest. Roughly 17 years later, she also became the first woman to mount the Seven Summits in 1992 (the highest peak in each of the seven continents).

Relentlessly scaling her dreams, Junko has paved the way for women to scale their own peaks —- with freedom and equality. As Tabei says, “Everest for me, and I believe the world, is the physical and symbolic manifestation of overcoming odds to achieve a dream.” 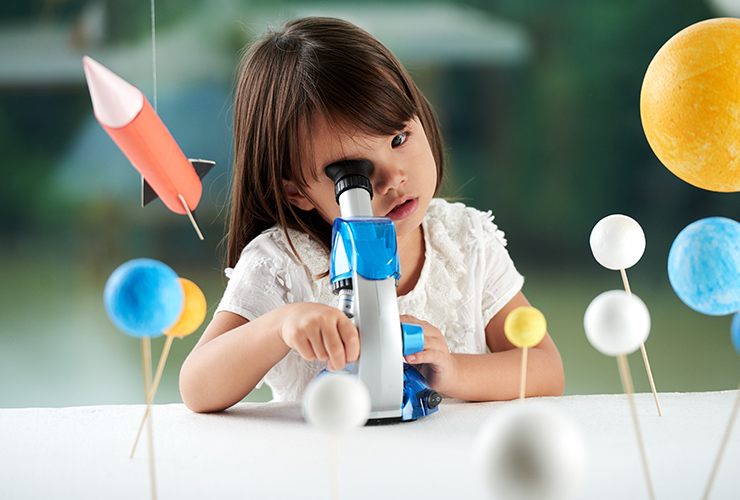 Things in life are not to be feared, they are meant to be understood.

During the 1890s when science was dominated by men, Curie was determined to become a successful scientist. Her pioneering research in these radioactive elements led to the discovery that they could be used to treat tumors. Despite lack of funding, Curie established a Radium Institute and raised about $100,000 in donations for cancer research. And despite the doubts of her peers, she became the first female professor at Sorbonne University in Paris in 1891.

Like Curie, we must bravely step into the world with fierce curiosity. She has shown us that there is nothing to fear, as perseverance and self-confidence will help us fulfill our greatest potential. 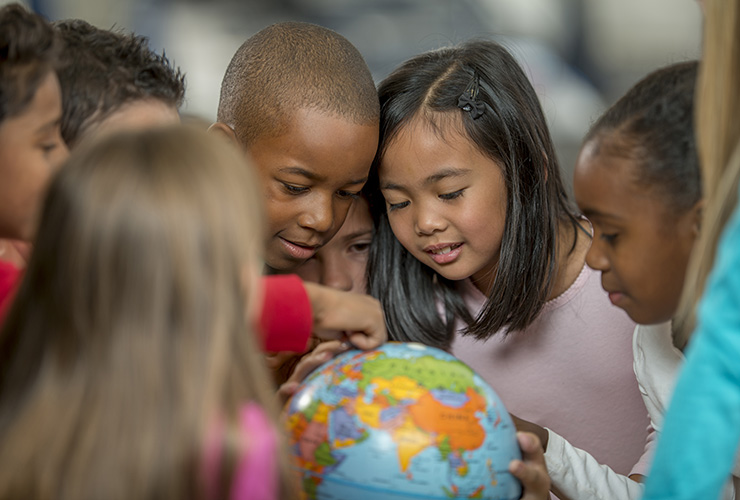 Even just one voice is powerful!

In 2012, 15-year-old Malala Yousafzai was shot by an extremist group in her Pakistani hometown for her campaign that sought access to free quality education for Pakistani girls. She miraculously survived but suffered from partial facial paralysis after the incident.

Yousafzai was determined to fight for her right to education, often speaking about her dream for education on online blogs. Her efforts for girls’ education spread throughout Pakistan, resulting in her nomination for an International Children’s Peace Prize and Pakistan’s National Youth Peace Prize in 2011.

After the shooting, the world woke up in support of Yousafzai. By 2013, the ever-determined heroine co-founded Malala Fund to empower girls all over the world through education. At 17, Yousafzai became the youngest person to receive a Nobel Peace Prize.

Yousafzai’s determination inspires us to stand up for our rights, for what we believe in, and seek the courage to speak up even when no one else does. 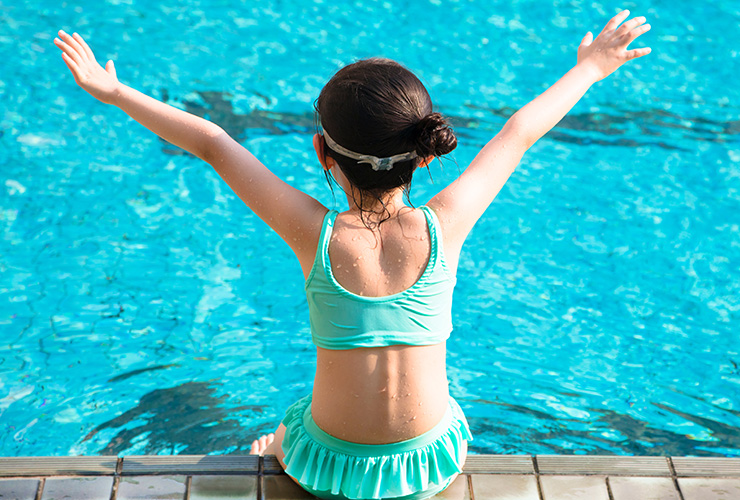 Reach beyond your limits!

With three gold medals and two world records, you would not believe that Singaporean Olympic swimmer Yip Pin Xiu was born with muscular dystrophy, a genetic disorder that breaks down muscles.

Yip became Singapore’s first Paralympic Gold Medalist when she won her first medal at the 2008 Beijing Olympics. By the 2016 Rio Paralympics, she set new world records in both the 50m Backstroke and 100m Backstroke.

Since her success, the Olympian has been opening doors for Singapore’s para-athletes and even went on to become a Member of Parliament in 2018.

Besides training, competing and raising awareness for disabled sport in her country, Yip is also studying political science at Singapore Management University.

“I want the world to know that being a disabled athlete is not that different from being an able-bodied one... I would like people to look beyond the disability and see the individual instead," she told BBC.

Currently training for her fourth Paralympics in Tokyo this year, she shows us that no matter your limitations, it's what you do with your abilities that matter. 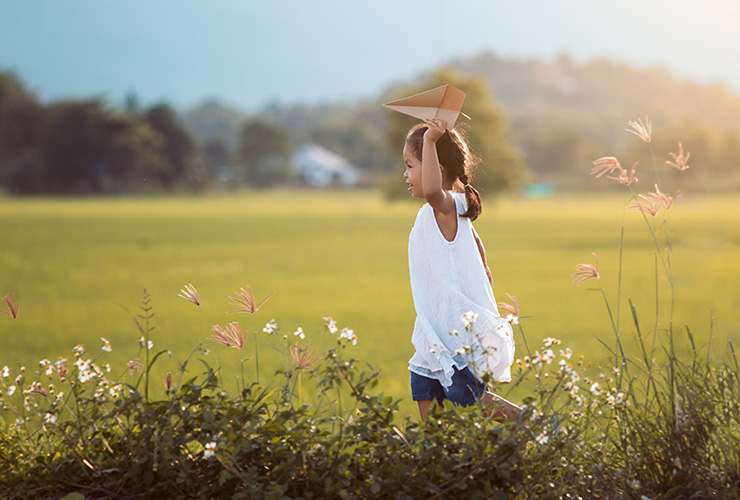 All you need is courage to believe in yourself!

Katherine Switzer was an avid runner from her university days, training with the men’s cross-country team because there was no women’s team! At 19-years-old, she convinced her reluctant coach to sign her up for the 1967 Boston Marathon, after running the full marathon distance next to him during training.

She was the first woman to run and complete the Boston Marathon, the biggest race in the world at that time, when women were believed to be "too frail" to participate. The infamous story goes that during the race, she was attacked by a race official for taking part in a men’s-only race.

Switzer finished the race, despite the attack because she “... knew if I quit, nobody would ever believe that women had the capability to run 26-plus miles. If I quit, everybody would say it was a publicity stunt. If I quit, it would set women’s sports back, way back, instead of forward. If I quit, I’d never run Boston."

By 1972, she successfully made women official competitors of the Boston Marathon, won the 1974 New York City Marathon and ran her best time at Boston — ranking her sixth in the world. Because of Switzer’s continuous advocacy for women’s marathon, the sport officially became part of the 1984 Olympics.

She ran in Boston again at age 70. With 39 marathons, over 100 road races internationally and still running strong, Switzer shows us that “all you need is the courage to believe in yourself and put one foot in front of the other.” 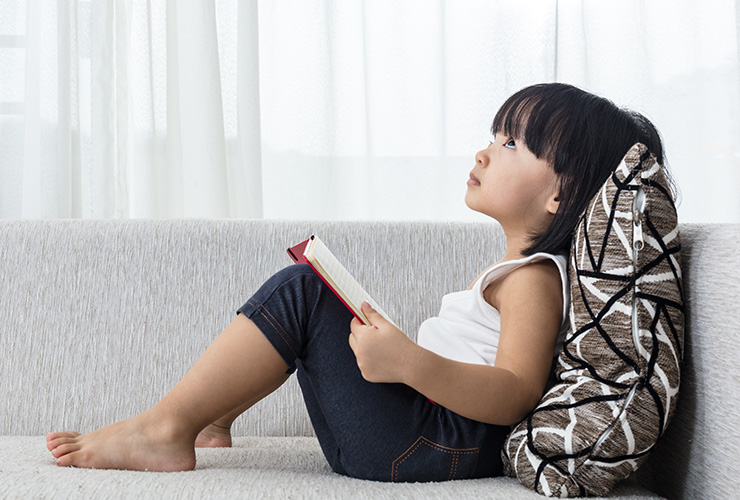 Lawyer by day, poet at lunch and activist by night, Amanda Chong shows us how young Singaporeans can create a significant impact in their community.

Chong is the co-founder of ReadAble, a non-profit that strives to empower children and migrant women through English literacy classes. She started the programme in an underserved neighbourhood in Singapore, where they began by teaching one child a week. The programme grew so popular amongst families in the neighbourhood, they soon had many kids attending the classes on a weekly basis.

Today the programme benefits over 60 children. Because of its success, ReadAble is training new volunteers to start similar literacy programmes in other neighbourhoods.

Besides helping her community through literacy, Chong has even published a collection of poems called “Professions”. In it, she gives a voice to the women whose perspectives are not heard. The collection was shortlisted for a Singapore Literature Prize in 2018.

Through her efforts in both literacy and literature, she continues to represent those who are not able to speak up for themselves, fighting for gender equality, women’s rights and social equality every step of the way.

These inspiring women show us that courage, resilience and spirit can help us to battle our fears and stand up for what we believe in. Their actions, big and small, have created ripple effects that empower not just themselves, but the community around them and even the world. The most important lesson to us, is that they never gave up.

As Chong rightly puts it, “the world is changing. The things that hold women back don’t have to hold us back anymore.”

So, here’s wishing you an awesome International Women’s Day! And may women continue to inspire one another and the generations that follow!